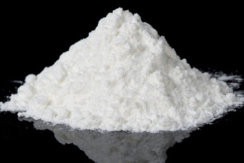 As you may know, he was an Egyptian priest who taught the tribes how to make the substance which was used by the tribes for the everyday man to talk to God.  He worked out of the temple at Hathor where the tribes stayed for a while until moving on.

What you will find here is a sale on some of the most potent "manna" you may find and it's reputation goes far and wide.  If you search for this product, you'll find we have a very very good reputation and it's due to our using traditional methods and being very conscentious of our work.

Alchemy is an ancient practice that continues to this day. Ancient cultures known to practice alchemy include the Sumerians, Egyptians, Phoenicians, Chaldeans, Babylonians, early Asian races, Arabians, Grecians, and Romans. For the Egyptians, alchemy was a master science, which they believed was revealed to them through their god Thoth, who was called Hermes Trismegistus by the Greeks. Therefore, alchemy is a Hermetic Art.

The goal of alchemy is to transform the base or common into the pure or rare. Put another way, alchemy can be considered to be the transmutation of matter into spirit. Alchemists sought the Philosopher’s Stone and the Elixir of Life, which were thought to impart higher spiritual consciousness, cure physical maladies, and confer eternal life. Alchemists believed that there was a hidden and higher order of reality, which constitutes the basis of all spiritual truths and all spirituality. Perceiving and realizing this higher order of reality was the work of alchemists – the Magnum Opus or The Great Work – the Absolute Realization.

To perceive this truth requires the consciousness to be radically altered and transmuted from ordinary (lead-like) level of everyday perception to a subtler (gold-like) level of higher perception, so that every object is perceived in its perfect form – The Beauty of All Beauty, the Love of All Love, the Holy of Holies, the Highest High.

This is a material and a spiritual realization at once. Alchemists work in three worlds: the spiritual, the elemental, and the material. As above, so below. As below, so above. There are precise correspondences between the visible and invisible, matter and spirit, planets and metals. Alchemists understand this basic truth so that while they are working in their physical lab creating their physical Stones and Elixirs, they are simultaneously working at the subtler levels. The Great Work is realized at the apex of the triangle where the three worlds meet.

Quantum physics tells us that matter has particle-like and wave-like properties, and that the subatomic “particles” that make up matter (protons, neutrons, and electrons) are really pure energy. Light also can either be a wave or a stream of particles called photons, packets of pure energy in which the amount of energy is directly proportional to the frequency of the light. New science, then, tells us that all matter, including our physical bodies, consist of forms of light and therefore is pure energy in essence. Matter is light whose frequency has been slowed down and lowered – matter is light of a higher density; matter is light that has become solid. Thus, drawing on the implications of modern physics, we can conclude that human beings are made of light held in matter. We are a light body as well as a material body.

The goal of alchemy is to transform the base or common into the pure or rare. Put another way, alchemy can be considered to be the transmutation of matter into spirit. Or matter into light. To transmute matter into light means to raise its vibrational frequency – from a base, mundane state (low frequency, dense, slow matter) to a pure exalted state (high frequency, high energy light). Within the Hermetic Arts, the Light Body is called "the immortal body," the soma athanaton. So, when alchemists create the Philosopher’s Stone or Elixir of Life in pursuit of spiritual and physical perfection and eternal life, they are creating substances that build up their light body into a strong immortal body. This is where the three worlds meet in exalted spirituality.

We continue this Great Work today. We transmute matter of the noble metals and platinum group elements into their exalted light state where they are then used to build up the immortal light body to achieve spiritual and physical perfection. This exalted material is called Ormus and effects achieved include increased spiritual perception and psychic abilities, the balancing of the left and right hemispheres of the brain with experience of the “hu” sound, a higher perception of reality as interconnected and whole, and awakening the kundalini for a full incarnation of higher dimensional forces and energies, thereby strengthening and healing the etheric and physical body.

Spagyric Manna: This is an alchemical process which produces manna.  If you wish to know the actual meaning of manna (not the one  you will find from googling or wiki) contact us privately.    We seek the finest organic materials from wild healthy sources.  For our vortexed water, we are presently using artesian water from a spring in the far north of Canada.  This water is just incredible and is full of ORMEs (Orbitally Rearranged Monoatomic Elements).  For further education on ORMEs, google Barry Carter or "Ormus."  Then we "vortex" this water and separate it with a magnetic trap.  Because Ormus is magnetic, it is repelled by other magnets.  We refer to this water as "trap water."  This water is now very concentrated in Ormus.  We add a combination of Dead Sea Salt, morning dew and other organic materials.  The bonus to our process here is an ingenious method for trapping the ORMEs from the night air, which are present even when the temperatures don't allow normal dew.  After many days of trapping dew with a waxing moon, we use this combined substance to produce our Ormus/Manna.

About us: We make m-state ormus for our small community of long time participants from all over the Americas.....  recently we have decided to supply to a larger audience.  This auction is for one monster bottle (8ozs) which should last you quite a while even if you're not a beginner.  Offered here is a single 8oz bottle of ormus .  Our ormus is not a commercial venture, rather we make it in small batches for those we love.  For sale here is our surplus: which can be your advantage as we go to incredible lengths to make this special alchemical distillate.

For those already taking Ormus we suggest you purchase this larger Bottle. This Ormus is "morning Dew Ormus" meaning it has been made with salt which has trapped morning dew.  The most prevelent m-state element is gold.  Closely following that are the other elements esp including rodium and iridium.  Our ormus is made with great care with attention to all astrological aspects.  If you need an Ormus m-state gold formula to apply to a specific issue, please choose a "custom ormus" from one of our other auctions.

CAVEATS:
If you've taken “ormus” products and have felt nothing, please don't count on this being any different.  Studies have shown that even people who don't feel the effect are still having physical changes.
If you're unsure what this is:  Please educate yourelf before bidding!
If you don't know what ormus is, or if you've never taken any m-state or ormus products, please educate  yourself first: go to www.subtleenergies.com (not related to us) and read all about what Ormus does.
Ormus or sea water “m-state” are new and experimental.  You must assess the risk of consumption on your own terms: Use at your own risk.  Our use or sale of this should not be construed as a prescription in any way.

If you are taking mood stabalizing drugs, do not take Ormus.

MORNING DEW - In our own ingenious way, we capture moisture from the night and early dawn air and trap it in dead sea salt.  In turn, we use this dew to make our "Dew Ormus" and we find it very rich in Ormus/m-state minerals.  You will probably find that it is the most potent of the products found on e-bay.

HERE IS WHAT WE BELIEVE
We have all heard the stories of ancient folks who lived lives of eight, nine hundred and even a thousand years.  In Chinese history the tale of “Master White Stone” teases us with his reputed age of three thousand years.  The biblical Methuselah was reputed to be nearly a thousand years old.  In the old renditions of the texts now “aprocraphical” it is related that Jesus was initiated into the order of Melchesedech by none other than Melchesedech himself.   It doesn't dawn on any of us that Melchesedech is the ancient name of one of Noah's sons and if he was still alive at the time of Jesus, he would be nearly ten thousand years old.  All this incredible stuff was closely protected by Secret societies and not shared by the common people.  Even the “Magdalene” women of Jesus time practiced ancient Egyptian religious sacrament practices which included making both water and oil preparations which were so incredibly healing that they would bring a person back to life.  “Magdalene” seems to be able to be loosely translated as keeper of the water, is connected to much more ancient Egyptian religious tradition and has connotations to water of life or fountain of youth and is probably the foundation of the old myth of a fountain of youth.  In fact, the fountain was probably a man made thing which produced “manna” which extended life to the extent of being eternal or unimaginably long.  Perhaps the promise of eternal life of believers was an actual promise carried out in ancient times and allowed to only a privileged few insiders who were able to take manna and live an eternal life, not a life after death at all.  Perhaps dying wasn't included at all.   In the old texts (included in the old testament) the story of Gilgamesh is repeated and his quest for approval of the gods and acceptance into heaven.  When he gains entry into heaven, he is fed “manna” and gains eternal life.  This hinting at extended life is all throughout the old texts and only later (the new testament) becomes a reward gained through death, but death is a later idea and perhaps wasn't considered desirable by the most ancient alchemists and preists.
So what if there was something which would turn back the clock and bring your body back to life?  Most people wouldn't believe you if you claimed to have discovered such a thing.  You would have to “couch” such claims in scientific analysis and discussion.  Under such scrutiny, the religious and mystical nature of such a discovery might be lost.  As unbelievable as it might seem, the secrets of the old testament seem to have revealed themselves to a few people and their discoveries are now being repeated by many.  This substance has been called Ormus or Manna for many thousands of years and is now reentering the popular consciousness as something that can actually turn back the clock and reverse the effects of aging. Of course, this has been known for many hundreds, even thousands of years by members of a few secret religious or spiritual societies who called themselves “Alchemists” and pursued the preparation of elixirs of life.  The parallels between preparations of elixirs of life, waters of life, manna and life extension are amazing to those of us who have been studying these ancient ways.  So we make Ormus!

YOUR SATISFACTION IS 100% GUARANTEED

All prices are in USD. Copyright 2022 motherearthalchemyproducts. Sitemap | Shopping Cart Software by BigCommerce