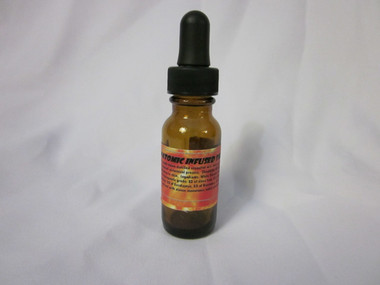 So what is Thieves Oil? Yes, it is a blend of essential oils that offers anti-viral and anti-fungal properties. However, our recipe offers an added aspect through the infusion of monatomic elements. OUR THIEVES OIL, IS NOT JUST THIEVES OIL!

Steeped in medieval legend, it was famous French aromatherapy doctor Jean Valnet (1920-1995) who gave the story its essential oil gravitas. In his book, "The Practice of Aromatherapy," Valnet quotes the archives of the Parliament of Toulouse. He claims the original recipe was revealed by corpse robbers who were caught red-handed in the area around Toulouse in 1628-1631. Given the virulence and deadliness of the plague at that time, the judges were astonished by the indifference of the thieves to contagion.

The earliest online English reference found so far is in the 1825 Pharmacologia. After recounting the story of the aromatic vinegar used by the four thieves of Marseilles, it goes on to note that, "It was, however, long used before the plague of Marseilles, for it was the constant custom of Cardinal Wolsey to carry in his hand an orange, deprived of its contents, and filled with a sponge which had been soaked in vinegar impregnated with various spices, in order to preserve himself from infection, when passing through the crowds which his splendour or office attracted.

All prices are in USD. Copyright 2022 motherearthalchemyproducts. Sitemap | Shopping Cart Software by BigCommerce